Amigasa Village—
Kawamatsu and Zoro are telling the others about Hiyori.
Hiyori, due to the battle drawing closer, has decided that she will not meet with everyone else at this moment.
Sanji is being nice to Momonosuke after learning that the beauty that was with Zoro is his sister.
Okiku give Nidai Kitetsu to Tengu.
Tengu tells everyone that he’s been waiting for the chance to return the two swords, “Ama no Habakiri” and “Enma”, to Momonosuke and Hiyori. Those two swords are both O Wazamono, just like Shusui.
Sandai Kitetsu and Ama no Habakiri were made by Tengu, and the name of the craftsman that made Wado Ichimonji and Enma is Shimotsuki Kouzaburo.
Tengu give Ama no Habakiri to Momonosuke, but Momo decide that he’ll leave the sword in Tengu’s hands for a while, Enma is given to Zoro.
Zoro wanted to try out the sword with a tree, but he ended up slicing the coast with a single swing!
That’s because the sword will...?!

3 days until the final battle

Robin tells everyone that ,according to her information, there’s about twenty thousand men in the Beast Pirates, and Orochi has another ten thousand.
This battle will be 4,000 vs 30,000.

Kuri: Itachi Port—
Franky is working hard with everyone to fix the ships.

Udon: Prisoner Mine—
Luffy is training and leveling up under Grandpa Hyo.

2 days until the final battle

Amigasa Village—
Chopper, Luffy and the others arrive at the village, adding 200 men to their forces.

1 day until the final battle
Everyone is ready! Onward to Onigashima! 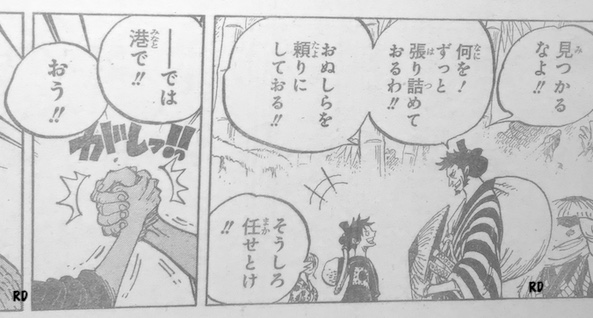 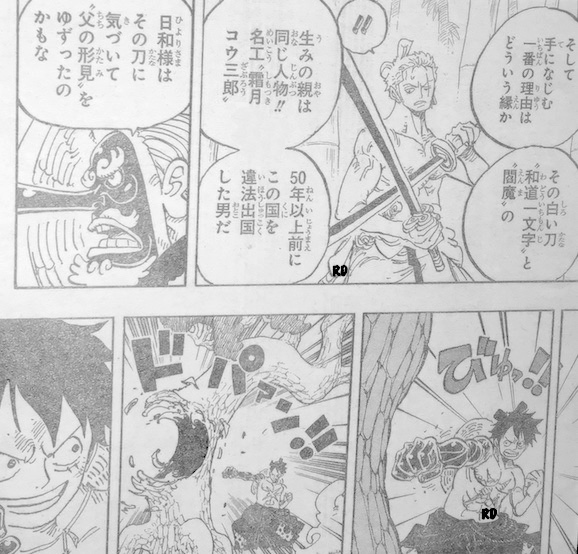 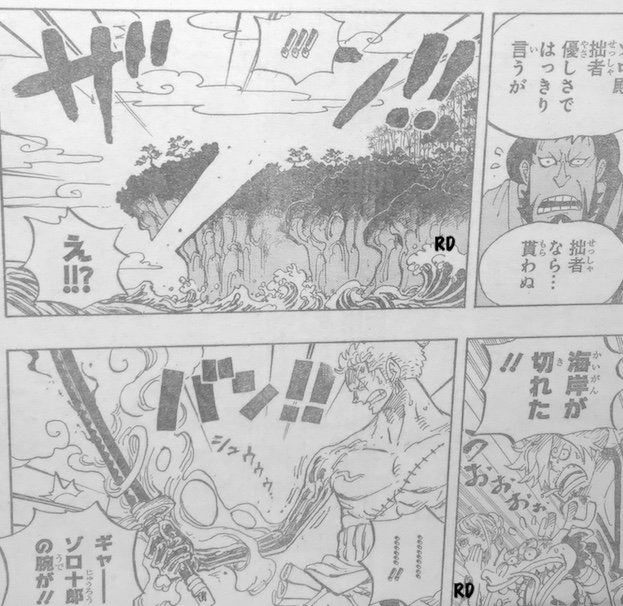 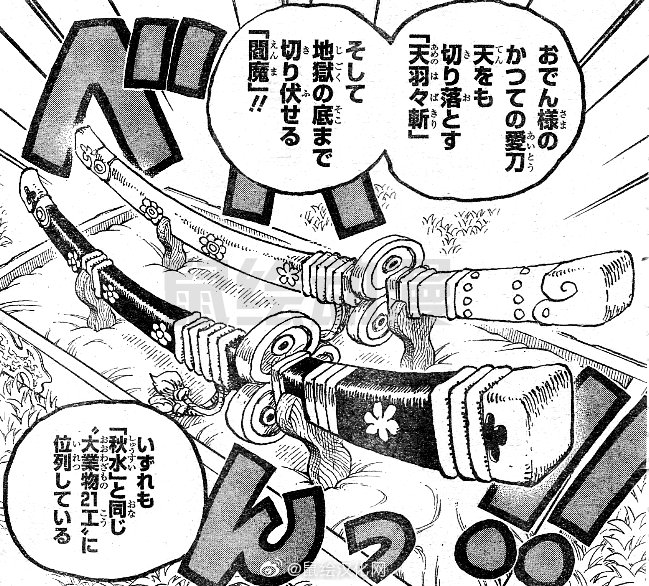