Chapter 941 The Celebrity of Ebisu Town

Flower Capital—
Orochi’s subordinates were going to report to him about the arresting of the Witching Hour Boy.
Orochi was still affected by Komurasaki’s death and shouts at them telling them that he doesn’t care.
But they still told him anyway, Orochi was shocked to hear that he’s still alive.
After talking to Kyoshiro, he decided that the witching hour boy will be executed on the day of Komurasaki’s funeral.

Udon: Prisoner Mine—
Kaido told Queen that Komurasaki is dead through a transporter snail, Queen starts crying.
Luffy and Hyo step into the ring and wait for today’s matches to begin. Luffy is now like a ball because he secretly ate too much oshiruko last night.

Kuri: Head Mountain—
Is on fire.

Bakuro Town—
Holdem tell his subordinates to show how pathetic Shutenmaru the bandit is through transporter snail.

Ringo: Northern Graveyard—
Brook wonders into Zoro’s room and saw Komurasaki laying on Zoro’s chest.
Zoro tell him that she’s Hiyori, Brook is shock.
Brook then tells them that a lot of big things happened lately; the oiran was killed, the Witching Hour Boy was captured.
The Witching Hour Boy is actually Yasu, Otoko’s father.
Otoko and Komurasaki rushes out to save him, Zoro follows.

Flower Capital—
A lot of people gathers. Nami and Shinobu are also there, they were suprised to learn that Yasu’s the Witching Hour Boy.
Yasu was one of the Daimyo who served the Kouzuki Clan, known as“Daimyo of Hakumai”, and he helds high dignity.
Yasu: There’re two things that I need to apologize to everyone.
Otoko runs to the location of execution.
Yasu: After that, I can smile as I pass on to the other world. 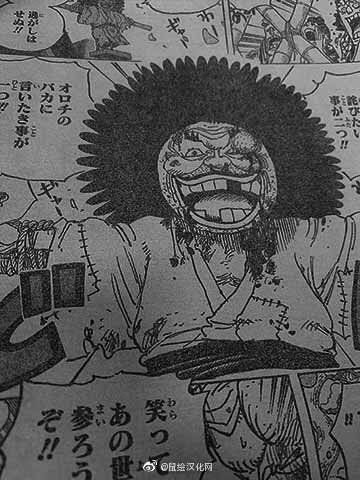 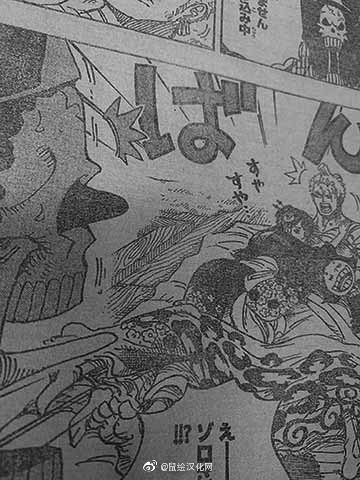 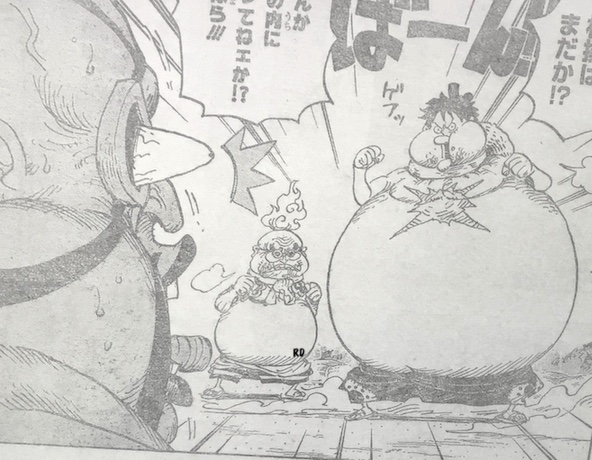