Zoro reveals his identity, and Hiyori feel relieve as he’s as expected an allie of her older brother. Otoko is one of the few close friends who knew this secret.

The reason that Hiyori doesn’t get sent to the future is because in case she didn’t get to meet up with Momonosuke, the Kouzuki clan won’t died off.

The allies that Zoro doesn’t know of—Kawamatsu, Denjiro, Ashuradoji—Hiyori doesn’t know where they are as well.

Luffy and Hyo are fighting against Madilloman, user of the armadillo SMILE. Luffy looks like he’s not attacking, but he’s actually trying to use the technique that Rayleigh and Sentomaru used, that can blow the enemies away without touching them, he thinks with this he might even be able to crack Kaido’s scales.

Hyo, who realize what technique Luffy was trying to learn, demonstrate that technique and defeat Madilloman with it. 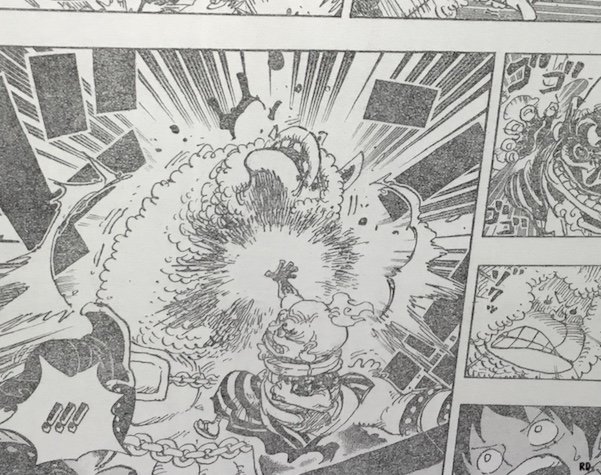