Raizou went looking for the key for the handcuffs in order to help Kawamatsu escape.

Luffy and others were forced to wear collars that could explode for public execution. They start the Grand Sumo Inferno, 2 person will have to go against each other and keep winning in the sumo contest, but if Luffy joins the beast pirates, him alone will be forgiven.

Since Luffy and the others’ opponents are equipped with weapons and have the advantages of numbers, they ask for Luffy’s handcuffs to be taken off.

Luffy take care of all the fodders with CoC and ask for the next group, he said that these guys can’t even provide training for him.

On the other hand, while patrolling in the bath house, Drake found Nami, who’s towels fall off and is all naked.

Sanji, or I mean Soba Mask, who’s been hiding saw this and have a nosebleed. Everyone were discovered and had to get away.

According to Sanji, in order to get the attention of Law, Bebo and the others were captured.


Corrections:
Luffy is already in hard condition because of exploding collar, so Queen gives mercy to Luffy to take off his handcuffs. It's not that prisoners ask Queen to take them off.

Also, it's not that Bepo and Co. were captured voluntarily. Beast Pirates caputured them to get the attention of Law 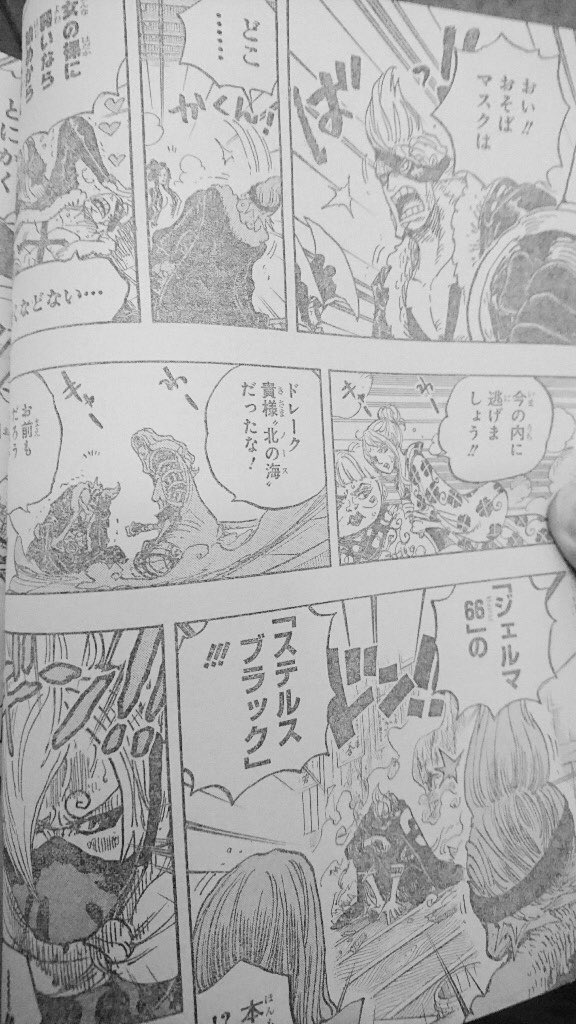 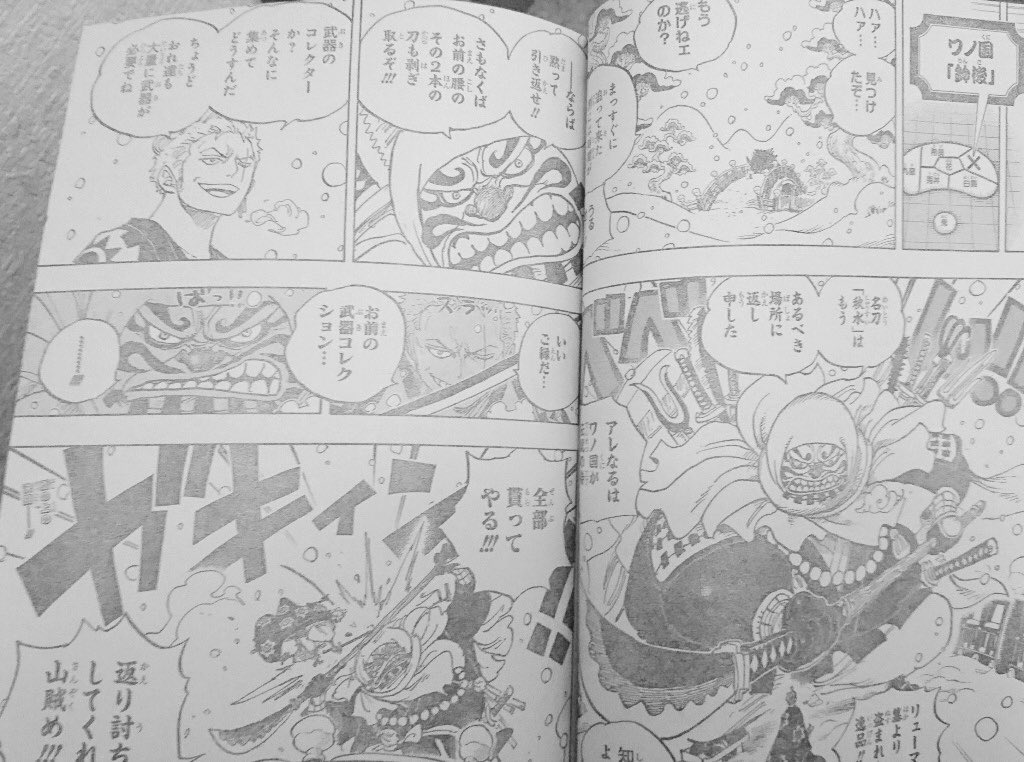